Have a promo code? Enter it below to see your savings applied across the site!

Your promo has been successfully applied for the following promo:

Extra 60% Off All Certificates! 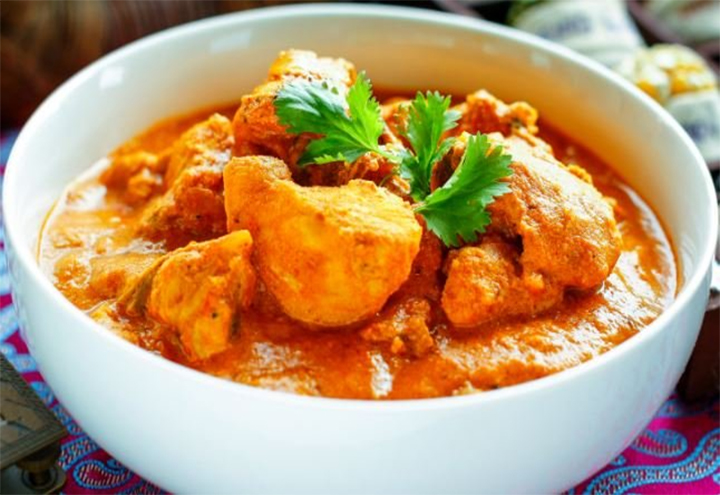 When you're in the mood for good times and great cuisine, be sure to check out Curry India. The restaurant is located in one of the area's most pleasant settings and is known for its delightful staff and superb cuisine. The menu at Curry India features a wide array of great selections, made from only the freshest and highest quality ingredients, with something sure to please every member of your group. Curry India has established itself as one of the area's favorite culinary destinations and is sure to offer you a pleasant and unique dining experience every time you visit. Please stop in soon!
Indian

$4.50
Traditional Soup made from Lentils and Tomatoes, Delicately Flavored

$4.50
Traditional Vegetable Soup made from Lentils and Tomatoes, Delicately Flavored

$16.50
Chicken tikka / chunks of chicken marinated in spices and yogurt, baked in a tandoor oven, in a delicately spiced creamy orange colored curry sauce. There are multiple claims to its place of origin, including the Punjab region of India and Glasgow in Scotland. It is among the United Kingdom's most popular dishes, leading a government minister to claim in 2001 that it was "a true British national dish"

$16.50
Chicken stewed in onion and tomato-based sauce, flavored with ginger, garlic, chili peppers and a variety of spices, including turmeric, cumin, coriander, cinnamon and cardamom. Chicken curry is a common delicacy in South Asia, Southeast Asia, as well as in the Caribbean

$16.50
In Hindi do means two and piaza refers to onions - hence the origin of the name of this dish, which has prominent flavors of onion. A dry curry but great with Naan or basmati rice. According to the legend the dish was created when a courtier of Mughal emperor from Afghanistan Akbar Mullah Do Piaza accidentally added a large quantity of onions to a dish. The dish evolved further in Hyderabad, India

$16.50
An Indian curry dish from Western India, the region of Goa and the surrounding Konkan. A "vindaloo", a standard element of Indian cuisine derived from the portuguese carne de vinha d'alhos (literally "meat in garlic wine marinade"). The basic structure of the Portuguese dish was the Portuguese sailor's "preserved" raw ingredients, packed in wooden barrels of layers of meat and garlic, and soaked in wine

$16.50
Chicken cooked with cream and Almonds in sweet spices

$16.50
A flavorful fairly hot Indian chicken curry from southern region of India. The spices are complementary to the savory flavors and include garlic, onion, garam masala, coriander, black peppercorns fresh curry leaves, and the final addition of fresh coriander

$16.50
Dhansak is a popular Indian curry, originating among the Parsi Zoroastrian community. It combines elements of Persian and Gujarati cuisine. Dhansak is made by cooking Chicken with a mixture of lentils and vegetables. "Dhan" is Persian / Urdu for "seed"- referring to grains or legumes; "Sak" (or the derived Hindi / Urdu term "Saag" which means vegetable greens

$16.50
Chicken stew prepared in a karahi including tomato and green-chilli base, ginger, cumin seeds, cardamom and garam masala. Chicken karahi is a popular late-night meal in Indian cuisine, usually consumed with butter or garlic naan. A karahi (also kadai or korai)is a thick, circular and deep cooking-pot similar in shape to a wok that originated in the Indian subcontinent

$16.50
Jalfrezi (also jhal frezi, zalfrezi, jaffrazi, and many other alternative spellings) is a type of Indian Chinese cuisine. Involves frying marinated pieces of meat, fish or vegetables in oil and spices to produce a dry, thick sauce

$18.50
Whilst formerly served mainly at weddings and other celebrations, goat curry or mutton curry is now most eaten curry in India as goat is a comparatively low fat red meat. In Britain, the carnivals in St Pauls, Bristol, London & other Caribbean cultural events will usually have curry goat available as well as other regional foods. This dish has spread through out the Caribbean & also the Caribbean diaspora in North America and Britain. Interestingly a variation of this

$18.50
Rogan Josh (also Roghan Josh or Roghan Ghosht) is an aromatic lamb dish of Persian origin, which is one of the signature recipes of Kashmiri cuisine. Includes braised lamb chunks cooked with a gravy based on browned onions or shallots, yogurt, garlic, ginger and aromatic spices cloves, bay leaves, cardamom and cinnamon. The dish was originally brought to Kashmir by the Mughals, whose cuisine was in turn influenced by Persian cuisine

$18.50
Lamb or Goat stew prepared in a karahi including tomato and green-chilli base, ginger, Cumin seeds, cardamom and garam masala

Biryani (pronounced, also known as biriyani or biriani, is a South Asian mixed rice dish. It is popular throughout the subcontinent and among the diaspora from the region. Biryani is made with spices, rice, and meat. The word "biryani" is an Urdu word derived from the Persian language, ("birinj", the Persian word for rice), which was used as an official language in different parts of medieval India, by various Islamic dynasties

$15.50
Distinct Flavored Basmati Rice cooked with fresh vegetables and & with an aroma of Saffron

$21.50
Basmati Rice cooked with shrimp prepared by layering spices and cooked until done

$19.95
Fillet of Chicken Marinated in Spices Subtly Flavored with Spices and Cooked in Clay Oven (Tandoor)

Perfect Choice!
You're almost ready to dine.
You can browse to see what restaurants and retailers are in your area, but you must login or create an account to use your Dining Discount Pass code.

You're on your way to big savings...

Once you have your Dining Discount Pass, please take note of your code and make sure to follow these steps:

Once you have your Dining Discount Pass, please take note of your code and make sure to follow these steps:


You can browse to see what restaurants and retailers are in your area, but you must login or create an account to use your Dining Discount Pass code. CLOSE
Sorry, this account doesn't have any unused credit available.
Search for a restaurant deal
Oops! This code is invalid.

Please re-enter to check for accuracy.
Or sign-in and choose available credit from your account.

Please re-enter to check for accuracy.
Or sign-in and choose available credit from your account.